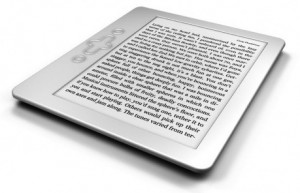 It’s been ages since I first reported that Asus is coming out with an e-book reader, and after hearing nothing about it I thought the project already died.

Aside from giving us the ability to read the entire Twilight saga uninterrupted while waiting for our next (delayed) flight, the Tegra could also mean that the Eee e-book reader might turn out to be something else.

Brian of Liliputing puts it quite nicely:

But if the device really does use a Tegra processor, then that opens up the possibility that it could be much more than an eBook Reader. Tegra’s strength lies in its multimedia capabilities. The Zune HD, for instance, has a Tegra chip that allows this 2.6 ounce device (including battery) to play up to 8 hours of continuous 720p HD video. Just imagine a 7 to 10 inch tablet with the ability to run for days at a time when reading books, and for the duration of a cross-country flight while watching HD videos?

Now this is just a rumor, and I’m hoping that this one becomes a reality. I’d love to see an affordable multimedia machine akin to the Zune HD and the iPod touch. With the Eee branding, ASUS could just sell loads of it.

If you are computer fanatic then you must aware of famous the ASUS Eee PC. This award winning PC is known for its simplicity yet … END_OF_DOCUMENT_TOKEN_TO_BE_REPLACED

Netbooks, particularly the Eee PC (duh), are great. You can take them everywhere, they're relatively fast, and they're good enough … END_OF_DOCUMENT_TOKEN_TO_BE_REPLACED

GigaOM has posted a great article detailing 10 ways to trick out your netbooks for the best performance possible. I've been … END_OF_DOCUMENT_TOKEN_TO_BE_REPLACED