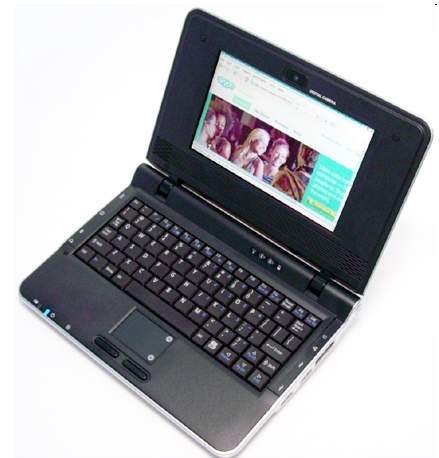 Competition is getting intense. Looks like the subnotebook market is the next big thing for gadget makers. Computerworld is quoted as saying there is yet another company that plans to venture into the cheap (meaning inexpensive) compact notebook market (currently dominated by the Asus Eee).

The company is Norhtec, a systems integrator based in Thailand, of all places, that specializes in tiny servers. The company is working on what they call the Gecko Laptop. The tiny system will be built by Quanta, and is powered by Linux Lite from Linpus Technologies.

The laptop probably has a seven-inch screen, possibly smaller. It has a pretty big keyboard and a touchpad. It’s powered by a Via C7M ULV chip. Not much else is known about the Gecko.

According to reports, the company will announce the laptop soon, and it will sell for less than $300.

If you are computer fanatic then you must aware of famous the ASUS Eee PC. This award winning PC is known for its simplicity yet … END_OF_DOCUMENT_TOKEN_TO_BE_REPLACED

Netbooks, particularly the Eee PC (duh), are great. You can take them everywhere, they're relatively fast, and they're good enough … END_OF_DOCUMENT_TOKEN_TO_BE_REPLACED

GigaOM has posted a great article detailing 10 ways to trick out your netbooks for the best performance possible. I've been … END_OF_DOCUMENT_TOKEN_TO_BE_REPLACED