The legal industry is fast catching up with the latest technology. Today, it has embraced mobile technology most especially the tablet and the smartphone which have become very important gadgets not only to private individuals but as well as to business organizations.

Tech experts agree that the tablet and other mobile devices can be used effectively to improve productivity in law practice. Lawyers who have recognized their usefulness are now getting these mobile devices.

The 2012 Legal Technology Survey Report of the American Bar Association (ABA) revealed that 89 percent of attorneys claimed using a smartphone for various law-related work while not in their law office. The tasks they do using the gadget include talking and sending and receiving emails among others while iPhone is the top smartphone choice.

Also in 2012, 33 percent of lawyers claimed using a tablet while doing legal work. Their top choice is the Apple iPad while the others are Android tablets such as the Samsung Galaxy Tab, Google’s Nexus 7 and Amazon’s Kindle Fire.

The 2013 ABA survey results showed a rise in the number of lawyers using smartphones to almost 91 percent. Tablet use also went up to 48 percent with 91 percent of lawyers choosing the iPad. The rise in these figures is clear proof that lawyers are definitely going mobile at a fast rate. In a span of three years, nearly half of lawyers now use the tablet in their practice.

This only shows that attorneys nowadays don’t want to be left behind with their work and are willing to carry on with their work even when out of the office. If possible, they want to manage their law firms in the most efficient way possible and the mobile devices are helping them do that. 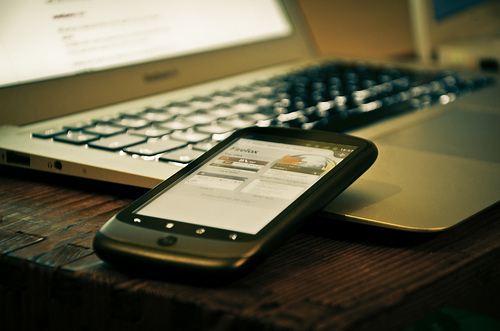 Legal experts acknowledge the fact that the tablet and smartphone indeed help lawyers to be more mobile and continue their work while out of the office. This way, they are better able to serve their clients and run their office even while on the go. It’s a reality that some attorneys are still exploring mobile technology but the others are already using them in their daily law practice.

For those who are now using these mobile devices, convenience is their main reason for embracing the technology. Unlike in the past, lawyers these days can continue their practice wherever they go whether they’re on a holiday or traveling somewhere. It’s your office away from home, says Mighell, the author of the iPad4Lawyers blog.

Another attorney Aaron W. Brooks from Rockford said having a mobile device with the right apps can make a lawyer more productive while in a waiting situation. With the tablet, he said, any legal counsel can work when he wants to and where he wants to.

The legal staff at Simon Resnik Hayes LLP shares the same view. Law firm head Simon Resnik himself pointed out the importance of the tablet today saying that the device has brought so much convenience to his practice and to his staff as well.

If you are computer fanatic then you must aware of famous the ASUS Eee PC. This award winning PC is known for its simplicity yet … END_OF_DOCUMENT_TOKEN_TO_BE_REPLACED

Netbooks, particularly the Eee PC (duh), are great. You can take them everywhere, they're relatively fast, and they're good enough … END_OF_DOCUMENT_TOKEN_TO_BE_REPLACED

GigaOM has posted a great article detailing 10 ways to trick out your netbooks for the best performance possible. I've been … END_OF_DOCUMENT_TOKEN_TO_BE_REPLACED