One should be familiar with the history of the printer. Back then, with the invention of, and the increase in the demand and usage of computers, paper companies were afraid that their products would be forgotten and outdated. That was definitely not the case. In fact, ironic as it may sound, the paper business grew as one of the staple office appliances was invented – which we will come to know as the printer. The printer is an example of a computer appliance, which is an external hardware component that does a specific job for the computer. In this case, the printer creates a hard copy of a computer’s data by printing it on paper. 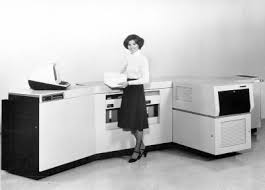 How did the printer come about? Many years ago, all data had to be copied by hand. By the fifteenth century, small-scale printing by wooden blocks was already present. But things changed with the invention of the movable metal type by Johannes Gutenberg around 1450. Gutenberg’s movable metal type might not ring a bell to you, but if you have seen a typewriter, you have to know that it is a creation based on the movable metal type. Christopher Latham Sholes, an American journalist, and his colleagues created the typewriter. However, since it can only produce one copy of a document at a time, texts became time-consuming and tiring to re-create. Luckily, computers became popular, and in time became word processors wherein text can be typed and corrected before printed out. Thus, printers became a necessity to print your documents from your 1tb external hard drive.

If you are computer fanatic then you must aware of famous the ASUS Eee PC. This award winning PC is known for its simplicity yet … END_OF_DOCUMENT_TOKEN_TO_BE_REPLACED

Netbooks, particularly the Eee PC (duh), are great. You can take them everywhere, they're relatively fast, and they're good enough … END_OF_DOCUMENT_TOKEN_TO_BE_REPLACED

GigaOM has posted a great article detailing 10 ways to trick out your netbooks for the best performance possible. I've been … END_OF_DOCUMENT_TOKEN_TO_BE_REPLACED