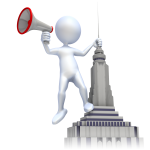 Many industry observers are comparing the Asus Eee Pad Transformer Prime with the Apple new iPad.  The former is considered to be the best Android tablet in the market while the latter is the latest to be released by the company that is known to enjoy dominance over the tablet market.  The question as to which is better is clearly a subjective matter which can be decided on by individual users.  What is of special note in this particular comparison is the fact that the Transformer Prime is being aligned with an Apple product which is of course a name everyone knows enjoys market dominance.

If we are to look at the various comparisons made between the two, we can easily surmise that Transformer Prime can give the new iPad a run for its money.  The worthiness of this observation lies in the fact that we are comparing products made by an industry giant and an unexpected upstart.  This just goes to show that the top position is always vulnerable to challenges and not always from the obvious sources.

The Transformer Prime has been receiving good reviews for various reasons including its display size, camera, expandable memory, portability, processor, and battery life, among others.  In areas where it is deemed to be less than the best, it offers a convincing challenge.  This is why it is able to project its usefulness to many people looking for a tablet to purchase.

In making the final choice between the two, the decision will most probably be based on what the customer is not willing to sacrifice.  Considerations such as ease of use, price, and even brand will come into play.  Anyone who makes a decision based on personal requirements and a healthy knowledge of each product’s pros and cons can be considered a wise decision maker.  The important thing is that when we have products challenging market dominance, everyone is forced to perform even better to the benefit of consumers.

If you are computer fanatic then you must aware of famous the ASUS Eee PC. This award winning PC is known for its simplicity yet … END_OF_DOCUMENT_TOKEN_TO_BE_REPLACED

Netbooks, particularly the Eee PC (duh), are great. You can take them everywhere, they're relatively fast, and they're good enough … END_OF_DOCUMENT_TOKEN_TO_BE_REPLACED

GigaOM has posted a great article detailing 10 ways to trick out your netbooks for the best performance possible. I've been … END_OF_DOCUMENT_TOKEN_TO_BE_REPLACED