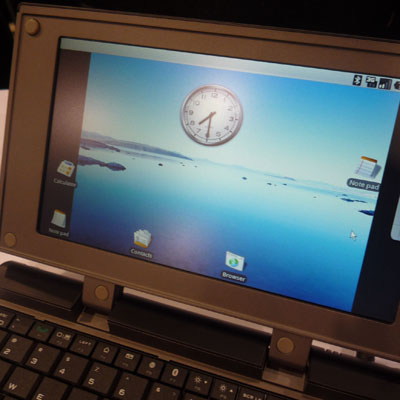 Asus apparently has no plans yet to make a Google Chrome OS or even an Android smartbook. Back at CES, a lot of devices by different computer manufacturers were running Google Android, and somehow Asus isn’t one of them.

Were they burned with the Xandros OS experience and now they’re not even attempting to create a smartbook that doesn’t run any Windows flavor at all? Remember, smartbooks are running on an ARM chipset, which makes installing Windows on it impossible.

It looks like they are indeed wary of installing something other than Windows, because, according to an interview with ZDNet UK, Jonney Shih, Asus’s chairman, said that they still aren’t sure how many people will even adopt something that doesn’t run Windows.

“With the current Wintel-based Eee PC, the advantage is you still enjoy the [application] compatibility,” Shih said. “The smartbook is usually based on ARM — then you will have some advantage in the cost. This will further push the original direction of the netbook.”

Indeed. I tried dabbling with Linux for a while on my Eee PC but I soon got tired of it and ran Windows XP instead. Somehow I tend to go back to Windows whatever happens. I can vouch for Shih’s statement there. I don’t know who else will go for a Android/Chrome smartbook other than the hardcore enthusiast.

Another consideration is that Asus doesn’t know which of Google’s two operating systems it should use yet.

“You still have some trade-off between Android and Chrome,” Shih said. “With Android you might have the timing advantage, but Android is originally more for the smartphone, for the smaller screen. For Chrome, the original design objective is for a bigger screen — it has multi-windowing, and is … maybe more suitable.”

They do have a prototype Android device in their lab, but that’s just about it. They have no plans to launch it yet, and they’re now working on Chrome OS protoypes.

I’d buy one of those devices, but then it’s because I’m a hardcore geek and an Asus fanboy. I’m not too sure about the ordinary consumer though. What do you guys think?

If you are computer fanatic then you must aware of famous the ASUS Eee PC. This award winning PC is known for its simplicity yet … END_OF_DOCUMENT_TOKEN_TO_BE_REPLACED

Netbooks, particularly the Eee PC (duh), are great. You can take them everywhere, they're relatively fast, and they're good enough … END_OF_DOCUMENT_TOKEN_TO_BE_REPLACED

GigaOM has posted a great article detailing 10 ways to trick out your netbooks for the best performance possible. I've been … END_OF_DOCUMENT_TOKEN_TO_BE_REPLACED