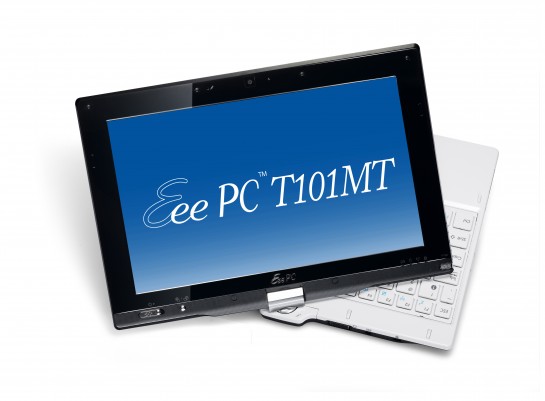 The folks at All Touch Tablet were able to get their hands on an Asus Eee PC T101MT – way before its release – and now they’re posting a video review of the thing.

A heads up for those who are thinking of buying this touch screen netbook: apparently it has disappointed quite a few people. According to Slashgear:

It’s also no performer, either, with opening windows sluggish, 480p YouTube video pushing CPU use to 100-percent, and a 10 to 15-percent CPU load even when the netbook is sitting idle. The touchscreen, meanwhile, shows a worrying lack of accuracy around the edges, which ironically is where ASUS’ own touch-menu shortcut resides. They’ve shot some hands-on video, which you can see below, but for €499 ($676) there seem a few too many compromises.

You can watch a video review here:

If you are computer fanatic then you must aware of famous the ASUS Eee PC. This award winning PC is known for its simplicity yet … END_OF_DOCUMENT_TOKEN_TO_BE_REPLACED

Netbooks, particularly the Eee PC (duh), are great. You can take them everywhere, they're relatively fast, and they're good enough … END_OF_DOCUMENT_TOKEN_TO_BE_REPLACED

GigaOM has posted a great article detailing 10 ways to trick out your netbooks for the best performance possible. I've been … END_OF_DOCUMENT_TOKEN_TO_BE_REPLACED