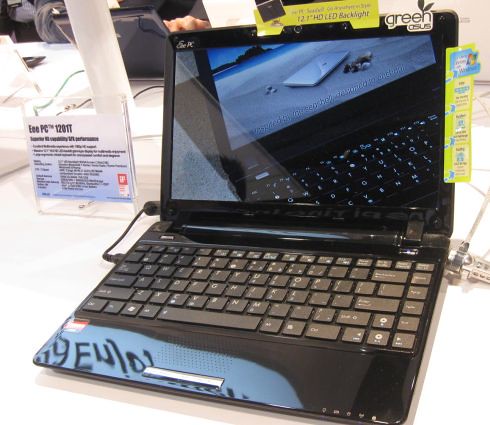 I know, Asus is known as the kind of brand fragmentation, but the Eee PC 1201NL looks like a good deal. The Eee PC 1201N is a pretty good netbook, which is super-fast and has a dual core 1.6Ghz Intel Atom 330 processor and the NVIDIA ION chipset.

The 1201NL, however, seems to be destined for the budget netbook department. From Eee User:

It seems that this new arrival from the Asus Eee PC 1201 range, which might be better known as the Seashell range, carries a single core Intel Atom N270 1.6Ghz processor and the NVIDIA ION chipset and will feature Windows 7 Starter instead of Windows 7 Home Premium, which could be found in the 1201N.

But that is where the differences stop between these two siblings. In all other aspects, the 1201N and the 1201NL carry the same foundation of features, such as the popular chiclet keyboard, HDMI-out and 12.1 inch display at 1366×768 resolution.

If you’re looking for a netbook that’s cheaper than the rest, but is well made – heck, it’s an Asus, what else do you expect – go for the Asus Eee PC 1201NL. Sure, you’re going to sacrifice some computing power, but I don’t think it’s going to be that bad. If you ask me, the 12.1-inch screen more than makes up for it. Your netbook’s going to be way bigger than the others squinting their eyes just to read the text on this post with their 10-inch screen!

That said, I’m wondering how Asus is going to position the 1201NL. What do you guys think?

If you are computer fanatic then you must aware of famous the ASUS Eee PC. This award winning PC is known for its simplicity yet … END_OF_DOCUMENT_TOKEN_TO_BE_REPLACED

Netbooks, particularly the Eee PC (duh), are great. You can take them everywhere, they're relatively fast, and they're good enough … END_OF_DOCUMENT_TOKEN_TO_BE_REPLACED

GigaOM has posted a great article detailing 10 ways to trick out your netbooks for the best performance possible. I've been … END_OF_DOCUMENT_TOKEN_TO_BE_REPLACED