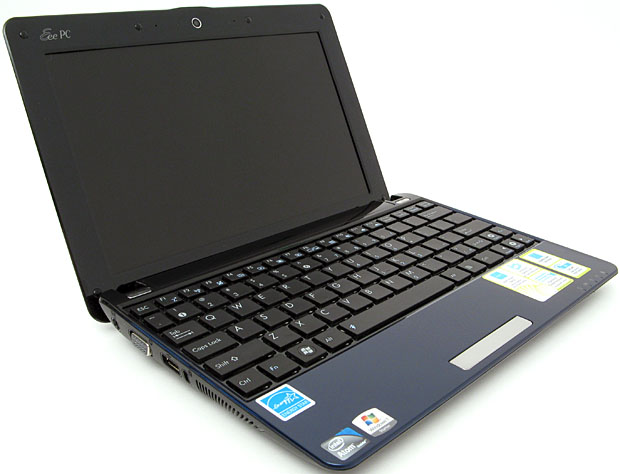 I’ve been waiting for Asus to come out with its own Pine trail-powered netbook for the longest time, and since the advent of Intel Atom, the Asus Eee PC 1005PE is probably the first significantly different Asus Eee PC. It’s the first one in a long time to not have the first-generation Atom 1.6 processor. Again, we know that we’re not supposed to expect any difference off the new chip, but everyone is obviously curious as to how the new processor stacks up.

The Asus Eee PC 1105PE is actually a slightly updated version of the Asus Eee CP 1005HA, and since there isn’t that big a difference from the previous iteration, we’re expecting the reviews to focus more on the new processor over the laptop itself. Now let’s see if the hype surrounding the Asus Eee PC 1005PE is indeed worth it.

So, what kind of difference does the new single-core 1.66GHz Intel Atom N450 make? Coupled with 1GB of RAM and a 5,400rpm 250GB hard drive that boots Windows 7 Starter, the 1005PE felt slightly snappier than netbooks with Atom N270 or N280 chips, but not by much. We didn’t wait around for programs to launch or have any problems running Firefox 3, TweetDeck, and iTunes simultaneously. It’s possible to run Photoshop, but editing a batch of photos still requires the patience of a grade-school teacher — just like on N270 or N280 machines. The benchmarks say the same: On Geekbench the 1005PE notched 942, while the 1.66GHz Intel Atom N280 powered 1008HA scored a lower 756. Either way, the performance gain isn’t going to blow you away, and keeps netbooks in line with their original purpose — light productivity and web tasks.

Okay, so do you think getting a pine trail netbook a great idea or would you rather stick to your current netbook? Tell me about it!

If you are computer fanatic then you must aware of famous the ASUS Eee PC. This award winning PC is known for its simplicity yet … END_OF_DOCUMENT_TOKEN_TO_BE_REPLACED

Netbooks, particularly the Eee PC (duh), are great. You can take them everywhere, they're relatively fast, and they're good enough … END_OF_DOCUMENT_TOKEN_TO_BE_REPLACED

GigaOM has posted a great article detailing 10 ways to trick out your netbooks for the best performance possible. I've been … END_OF_DOCUMENT_TOKEN_TO_BE_REPLACED