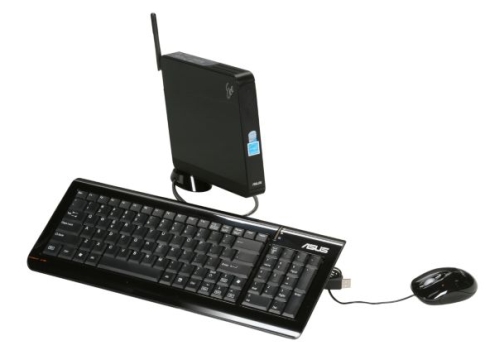 Anyone here remember the first time the Eee PC came out? Yeah, it was a glorious time. It was the birth of the netbook, and we all had a grand time trying to figure out what to do with the 7-inch netbook. Anyone remember the Xandros Linux that came with it? Yeah, it wasn’t so great. Granted, that was my first extensive experience with Linux and I really learned a lot from it, but man, was that netbook-flavored Linux distro so not ready for primetime.

Anyway, Asus has since then avoided releasing anything with Linux preinstalled and has since gone the route of Windows XP – and recently Windows 7 – on its Eee PC line, be it netbooks or nettops. But at Newegg, they are selling an Eee PC EB202 nettop mysteriously preinstalled with Red Flag Linux. Red Flag Linux by the way is designed to look a lot like Windows XP, and is looking like the de facto Linux OS used in China. Apparently, even internet cafes are being forced to switch to Red Flag Linux even though they own legitimately-licensed Windows XP installs.

Personally, I’m surprised that Asus went with Red Flag Linux instead of, you know, much more capable Linux distros such as Ubuntu. But then replacing the OS should be easy enough for us, right?

If you are computer fanatic then you must aware of famous the ASUS Eee PC. This award winning PC is known for its simplicity yet … END_OF_DOCUMENT_TOKEN_TO_BE_REPLACED

Netbooks, particularly the Eee PC (duh), are great. You can take them everywhere, they're relatively fast, and they're good enough … END_OF_DOCUMENT_TOKEN_TO_BE_REPLACED

GigaOM has posted a great article detailing 10 ways to trick out your netbooks for the best performance possible. I've been … END_OF_DOCUMENT_TOKEN_TO_BE_REPLACED